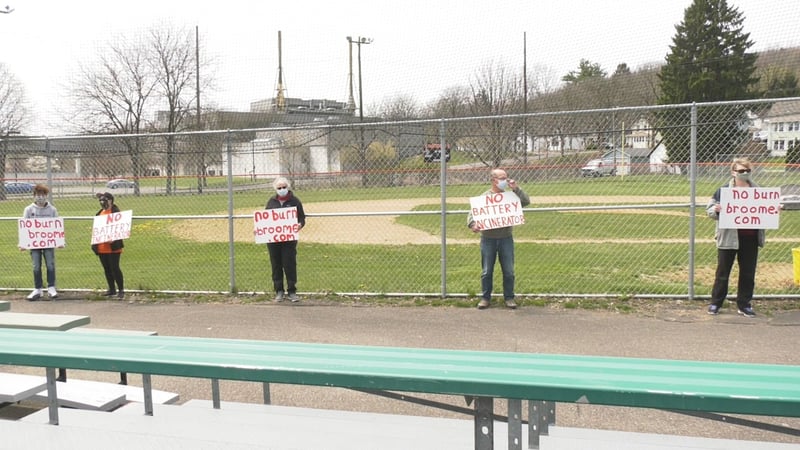 Listen to TV report of the press conference here

Former Endicott Mayors Michael Colella and John Bertoni were joined by Former Chemistry Professor Paul Connett to voice their opposition to allowing a battery recycler to move onto the Huron Campus.

On Monday, May 4th, the Endicott Board of trustees will vote on whether to change the zoning laws which would allow the South Korean based SungEel Corporation to move onto the campus. The company’s recycling process involves incinerating lithium-ion batteries. Connett who specializes in Dioxins and Incinerators, says the risks are being downplayed and that this process would release a lot of toxic particles into the air. With the close proximity of where the plant would be to houses and local parks, Connett says this is something where every aspect needs to be looked at closer.

“What is the argument against putting this off for a few weeks,” says Connett. “So when the lockdown is over we can have a genuine public meeting, not meetings with the company. Of course, the company is going to sell a Rosie picture to the mayor, that’s their job. But we need this issue discussed by experts on both sides so the people can understand what’s at stake.”

The SungEel Corporation would be renting the space on the Huron Campus and the plant is expected to create 20 jobs. Connett says those that want to take part in the board’s Monday Zoom meeting can find the link on their website here.